Sign up for my reader’s group today to get information on upcoming projects and previews of good reads that others won’t get for a while! I have a free story just for YOU!! 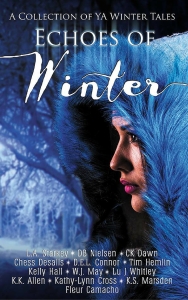 ONLY $0.99!!! Thirteen never before seen YA short stories just in time for the holidays! 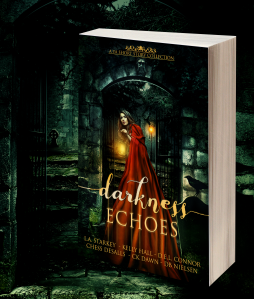 The battle between the Titans and the gods of old did not end with them. The demand for revenge has dripped down into the next generation. Twins, Marcus and Nicolas, heirs to the throne of the gods and sons of the last remaining Titan, learn that the purpose of their existence is to fulfill a prophecy born of hate and despair.

They must battle for Pandora’s daughter’s heart, a girl lost to the human world and unaware of her hidden heritage. For four hundred years Marcus and Nicolas have only been allowed to touch the edge of their soul mate’s dreams, but the time of the prophecy has come.
For Samantha, life has been nothing more than a series of misfortunes and heartbreak. For years, she has kept her heart locked away, but change is rolling in like a tidal wave. Now Samantha must discern the thin line between love and lie, myth and reality, and it seems that time is running out …

If I should die before I wake,
I leave to fate my soul to take.

The seal has been broken and the Soul Keeper Prophecy set in motion. Marcus and Nicolas are battling for the heart of one woman, Pandora’s only daughter; however, not everyone is playing by the rules.

With interference from both sides of the lines and too many deities with hidden agendas, the trio must take matters into their own hands and look for another ending, one that removes control from fate.

Can they find the missing page from the prophecy that has the ability to change everything?

Will the new stranger they’ve been given as a guide assist or mislead them?

Will Samantha make a decision on who it is that she truly loves, saving one and destroying the other?

What if her choice is no choice at all? 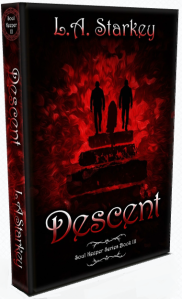 The path of truth lies hidden deep,
To find the light the climb is steep.
But in despair resolve is sound,
What once was lost will now be found.

All is lost and the prophecy seems null and void. Samantha is dead to the living world, and Marcus and Nicolas completely destroyed, but things aren’t always as they seem. To save the one they love, the boys will have to traverse the Descent, a darkness that all will enter and few will ever leave. The interference of gods and goddesses on the chessboard of blood has left the door open for a new player to enter the scene, and she holds the most powerful gift of all—sacrificial love.

Will the exit clause be invoked, dissolving of the chain that binds the trio together?

Will the Descent be the final setting for their love story or will they rise again?

As the curtain draws closed on this tale of old, who will rise and who will fall?

And what if their choice is no choice at all?

The full Soul Keeper Box Set is now available on Amazon for $4.99 – less than the cost of book 2 and 3 combined.

Eighth graders, Ben, Jake and Leah need cash, and mowing lawns in the winter just isn’t cutting it. Their need for cash births the Liarus (Liars R Us) Detective Agency! Their first client is Old Lady Smitz, who is said to have murdered her three sons and husband. She’s missing a family heirloom, but it’s not just any old trinket, it’s the crest of Lykoi. There are only two rules: No girls are allowed and never seal a deal with the witch doctor. Disregarding danger, these three discover that money is usually more trouble than it’s worth! 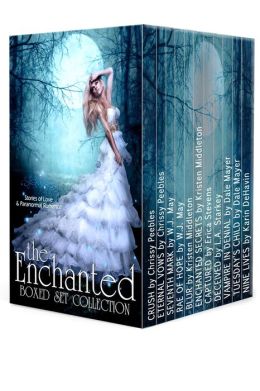 These works of fiction are from some of today’s most exciting authors.  A star-studded anthology of thrilling, action-packed and totally swoon-worthy first books by your favorite young adult authors.

There’s something strange about David, something that goes beyond the way he makes Ellie feel. He’s wealthy, poised, and a complete enigma. With nothing to lose but her heart, Ellie goes in search of the truth—a search that leads her down an eye-opening path that reveals secrets about the world she thought she knew.

The world’s order is held in careful balance, the essence of good and evil tilting the scale. When the fabric of reality is stripped away, Ellie is forced to make a decision to follow the path David’s constructed before her or simply walk away. The Core is missing and someone must step up and stand between the light and darkness, holding each back and maintaining equilibrium.

With the truth of Ellie’s place among the Balance Keepers finally coming to light, training now begins. She must learn to harness the powers that are growing within her, some spiraling out of control. Confusion and frustration become her constant companions, as her search for answers does nothing but push her further from the man she’s come to love.

David is The Light, the speaker of truth, the whisperer of good in the world. His desire for more than he can have with his new apprentice tears at the fabric of his own stability, bit by bit. He knows what the future holds — and just how damning it will be for Ellie if she’s not prepared to handle it — but he’s forbidden to help.

As tragedy becomes reality, will she reach for The Light, or run into the soothing arms of The Darkness? 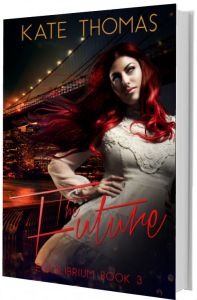 After spending quality time with David, learning the gifts of the light, Ellie is assured of one thing, her heart might just break before it’s all over. She can’t seem to help herself from being drawn deeply in a web between him and the darkness.

Her journey with Sandra to learn the gifts of the future is healing and gives her a sense of solidity, but the search for how Jacob might be involved in Equilibrium is her next great feat, one that won’t be easy to accept.

Having far exceeding anything they thought her capable of, Ellie works now to discern a foreign entity that seems to have slipped into her world alone. Who is he and why is he wearing David’s face? 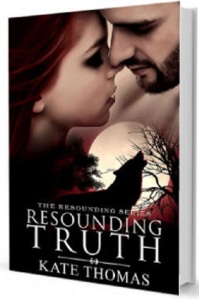 Derik has been the Alpha of the Graybacks since the death of Drucilia’s father, his murder still weighing heavy upon Dru. With fierce determination and an iron fist, the new Alpha has successfully kept them alive and fed, but the threat of Hunters and Vampires creeps ever so close. With his eye on Dru as a prime candidate for his mate, he demands more than she’s willing to give and blazes a trail of rage across the pack at her denial.

They have waited for a savior, for someone to come and take power from Derik and the time draws near. Dru’s sister Karis can see deep into the future and makes it known that a white wolf will be their redeemer, but will he be too late? With the Queen of the vampires thirsty for an accord in blood and the head Huntress of the Circle of Elders seeking the white wolf with fever, things get tense and complicated far before the resounding truth is uncovered.

** Resounding Truth is number 2.5 in The Resounding Series, a novella to give the readers a glimpse into the world of the Resounding Lycans. The prequel that started it all will release late spring 2015 and kick off the 8 book (plus multiple novellas) series. ***

The Hunters of the Great Circle of have been around since the beginning of time, the church having spawn them into existence out of necessity. With nothing more than faith and courage, these humans have fought back the darkest of creatures to spare humanity hell’s wrath.

One huntress in particular has been given the gift of immortality, but it comes at a price. As Elsie fights her ways across the great lands of Europe in search of something taken from her long ago, she will discover that in the darkest hour, love has the power to conquer all.

This is book 1 in a long-running series and will focus on the Hunters of the Circle. Book 2 will tell the story of the Vampires.

Arcane Forest Anthology
Get Lost in Worlds of Fantasy and Awe 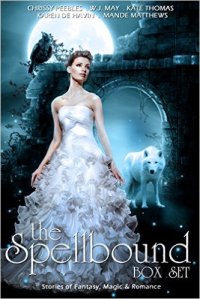 These works of fiction are from some of today’s most exciting authors.
A star-studded anthology of thrilling, action-packed and totally swoon-worthy first books by your favorite young adult authors. 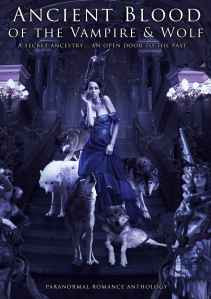 A Secret Ancestry… An Open Door to the Past.
7 Fantastic Vampire & Werewolf Shifter Stories from today’s best-selling authors,
All for FREE!

Join my reader’s group for Kate Thomas too and receive great updates for my Paranormal New Adult and Paranormal Adult Romance series that are coming out in 2015! Click HERE!