Familiar abuse or an uncertain future? Which would you choose?

This is Laurel Lee Page’s dilemma when she is faced with an unplanned pregnancy at nineteen. Born into a broken family, guilt and shame are all she has ever known. No matter what she does or whom she meets, Laurel appears to be living a condemned life. However, she is determined to find independence and freedom in spite of her family’s legacy of hatred and self-contempt.

Set in Southern California during the tumultuous 1960’s, Burnt Edges is a contemporary novel based on true events that prove strength can emerge in the most horrific of circumstances.

Dana Leipold is an author and member of the Association of Independent Authors. Her debut novel, Burnt Edges, depicts the unwavering resilience of a young woman in the face of family violence and abuse.

She has self-published two other books: a collection of limericks in Dr. Seuss-style for adults entitled, Stupid Poetry: The Ultimate Collection of Sublime and Ridiculous Poems, and a non-fiction book entitled, The Power of Writing Well: Write Well. Change the World.

Leipold lives with her husband and two children in the San Francisco Bay Area. 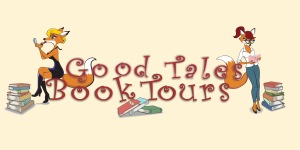 This tour was organized by Good Tales Book Tours!

In a land haunted by the legacy of dead dragons, Rowen Locke has been many things: orphan, gravedigger, mercenary. All he ever wanted was to become a Knight of Crane and wield a kingsteel sword against the kind of grown horrors his childhood knows all too well. But that dream crumbled—replaced by a new nightmare.

War is overrunning the realms, an unprecedented duel of desire and revenge, steel and sorcery. And for one disgraced man who would be a knight, in a world where no one is blameless, the time has come to decide which side he’s on.

Rowen Locke has achieved his dream of becoming a Knight of the Crane, and he now bears Knightswrath, the legendary sword of Fâyu Jinn. But the land remains torn, and though Rowen suffers doubts, he would see it healed. His knightly order is not what it seems, though, and allies remain thin. When Rowen and his friends seek an alliance with the forest-dwelling Sylvs, a tangle of events results in a midnight duel that teaches Rowen a dangerous lesson and leaves him with a new companion of uncertain loyalties.

The sadistic Dhargots still threaten the kingdoms, but another menace lurks in the shadows, playing a game none can see. As Rowen struggles to prove his worth—to his allies and to himself—chaos raises its hand to strike. A price must be paid, and not even the wielder of Knightswrath will remain untouched.

Michael Meyerhofer grew up in Iowa where he learned to cope with the unbridled excitement of the Midwest by reading books and not getting his hopes up. Probably due to his father’s influence, he developed a fondness for Star Trek, weight lifting, and collecting medieval weapons. He is also addicted to caffeine and the History Channel.

His fourth poetry book, What To Do If You’re Buried Alive, was recently published by Split Lip Press. He also serves as the Poetry Editor of Atticus Review. His poetry and prose have appeared in Asimov’s Science Fiction Magazine, Brevity, Ploughshares, Hayden’s Ferry Review, Rattle, and many other journals. He and his fiancee currently live in Fresno, California, in a little house beside a very large cactus.

This tour was organized by Good Tales Book Tours!

A Neophyte’s Tale, an Abbey Thorne short story
Series: Prequel to The Netherwalker Series
Publication Date: April 27 2015
Genre: Fantasy, Sci-Fi
Book Links: Goodreads
Purchase: Amazon || Smashwords
Abigail Thorne hears voices. Well, one voice repeating one word over and over again. Soft and sweet with the promise of power, it calls to her. The twelve year old has no idea that the tender little word is a catalyst that serves to reveal a world hidden to most humans. Abbey has yet to discover that following the word’s call to its origin will change the course of her life forever.

Abbey and her mother don’t have much, and depending on the day, sometimes they don’t even have a roof over their heads. She wants more out of life than just wondering where her next meal is. So she shouldn’t be wasting her time daydreaming about going on a selfish quest, should she? Does she have the strength to leave behind what little she has? Will she have the courage to break through the illusions surrounding her and lift the cloak of shadows?

CK lives with the love of her life John, his cat Scout, her cat Hagrid, their mutually adopted and socialized feral kitten Pepper (yes, cats have favorite humans. It’s a thing), and their dog Diesel (aka Methane– Please, don’t make her explain).

She credits her mother for the strong independent woman she is, her father for her inner peace and beautiful outlook on life, and the summers of sweaty, manual labor on her grandparents’ farm for her strong work ethic.

In writing, CK has truly found her bliss. Stay tuned, because there will be a lot more to come in her Netherwalker series. Seriously, things have only just begun.

With the truth of Ellie’s place among the Balance Keepers finally coming to light, training now begins. She must learn to harness the powers that are growing within her, some spiraling out of control. Confusion and frustration become her constant companions, as her search for answers does nothing but push her further from the man she’s come to love.

David is The Light, the speaker of truth, the whisperer of good in the world. His desire for more than he can have with his new apprentice tears at the fabric of his own stability, bit by bit. He knows what the future holds — and just how damning it will be for Ellie if she’s not prepared to handle it — but he’s forbidden to help.

As tragedy becomes reality, will she reach for The Light, or run into the soothing arms of The Darkness?

Kate Thomas, is the author of the upcoming Equilibrium Series, a five-book supernatural new adult series, with plans for a few more series in 2015.

She is a CPA by trade, a church planter and entrepreneur at heart; however, writing and reading are passions she just can’t help but indulge in. With more ideas than one person should be allowed, she is blessed to have a muse that doesn’t seem to take a vacation and more energy that one might consider healthy.